In the heart of Berlin-Mitte is this luxurious two-room apartment. Not far from the apartment is the famous Friedrichstrasse. In just five minutes you reach the metro station Naturkundemuseum, from where you can travel around the city. The apartment is located in a new building from 2015, in which there is a complimentary gym for all tenants. The apartment itself consists of two rooms, a bathroom and a kitchen, which is equipped with everything you need for cooking delicious dishes. There is an oven, microwave, stove, all kitchen utensils such as pots, pans. In the kitchen there is also a washing machine. The rooms are bright modern and tastefully furnished. The master bedroom has a double bed. The living room has a sofa bed, which provides space for two additional people. Throughout the apartment there is floor heating. 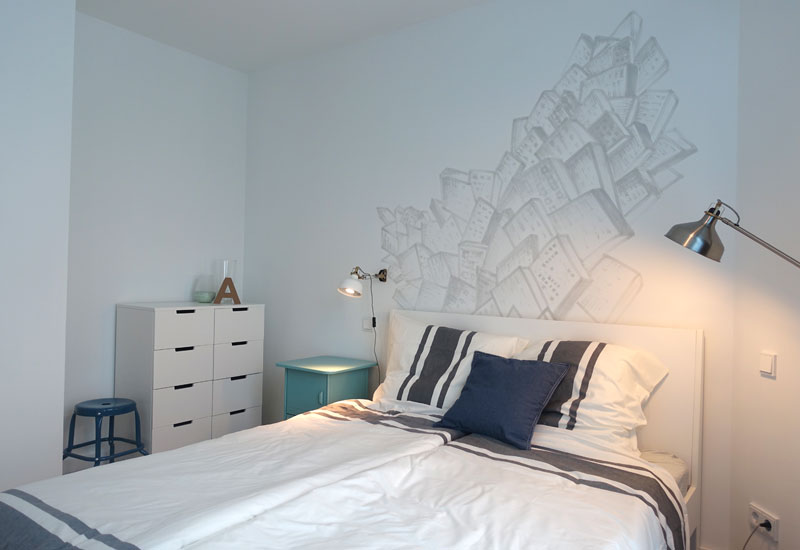 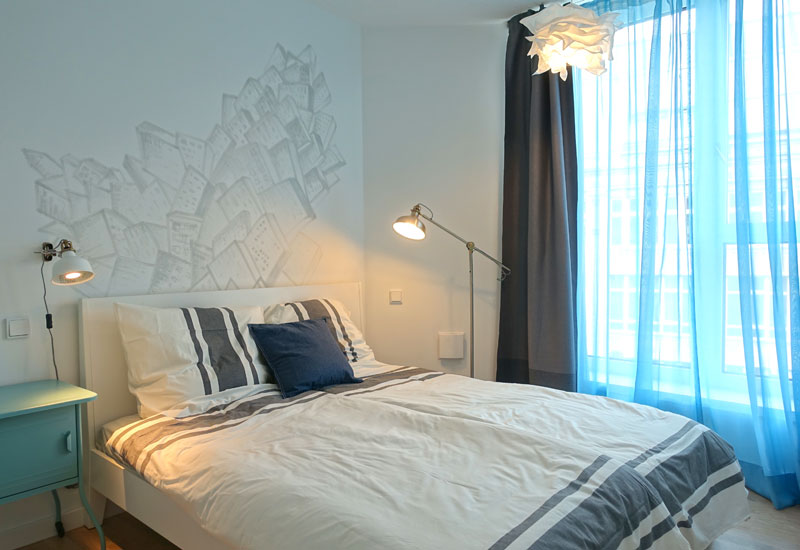 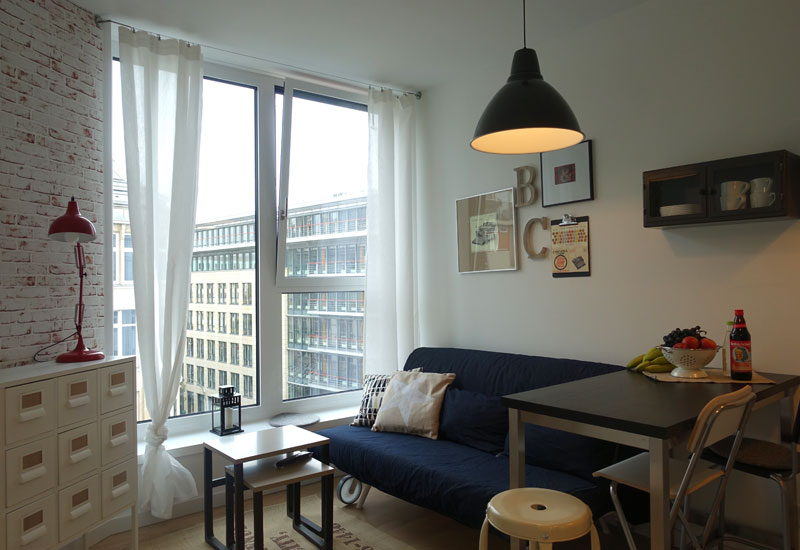 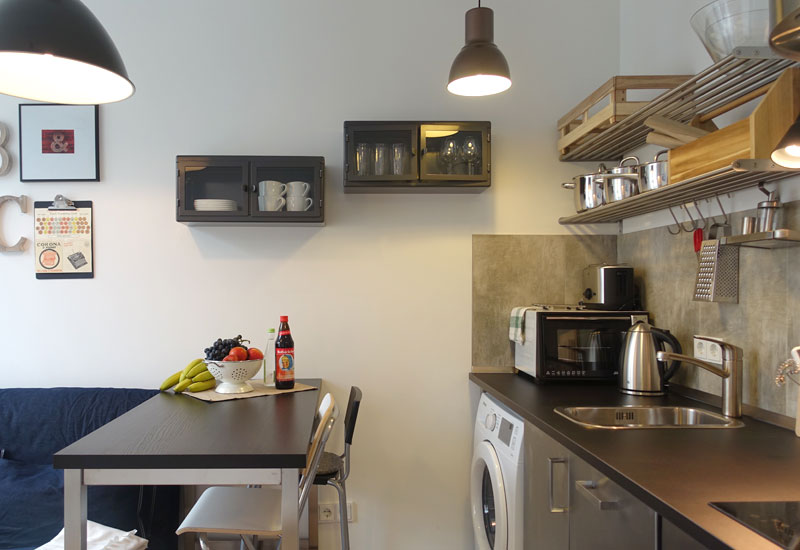 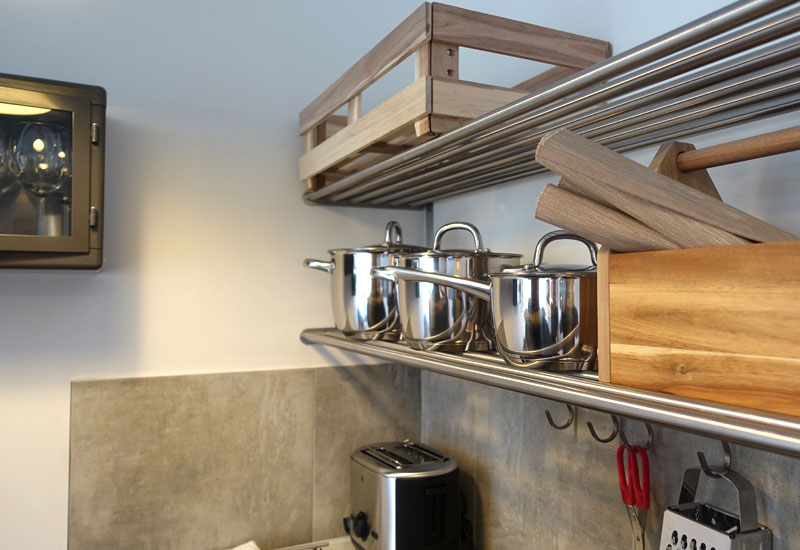 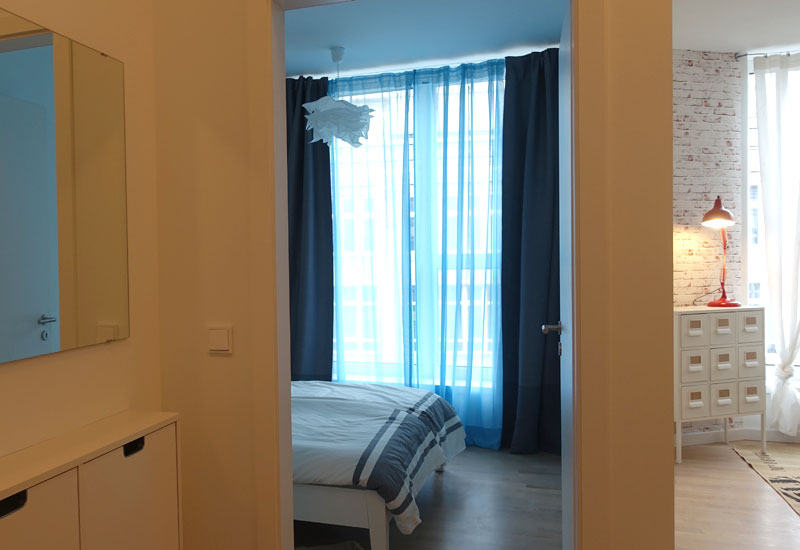 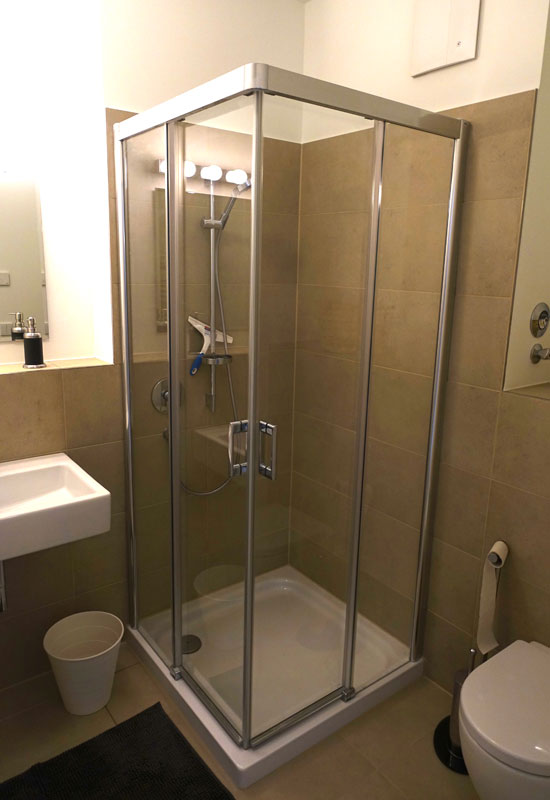 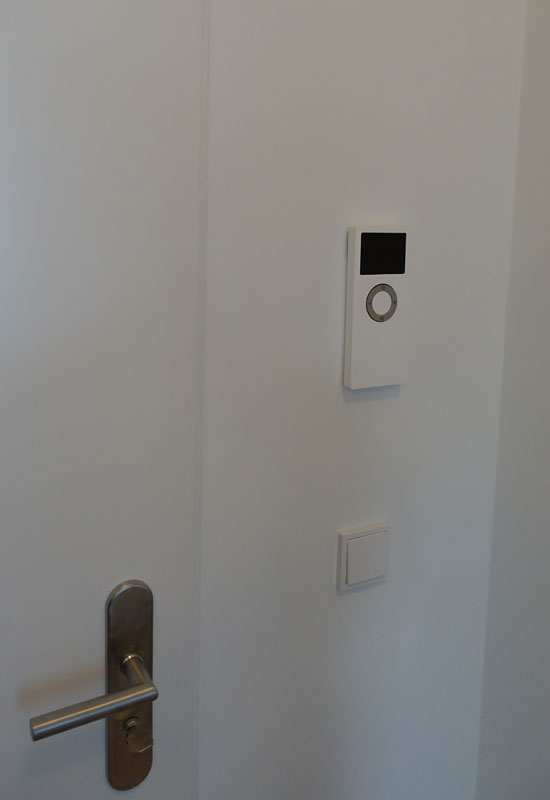 Mitte - To describe the eastern part of the center of Berlin in a sentence one could say „everything that is good – and now“. Amidst some of the most historic buildings in Berlin you can also see some of the most modern.

If you decide to rent an apartment in this district, one day will not by enough to get an overview of all the attractions.

Here is the Brandenburg Gate, the famous Alexanderplatz from where you can enjoy panoramic views of the city from the famous 260 meter high television tower. Or visit the most beautiful square in Berlin - Gendarmenmarkt with its opera.

Particular attention should be paid to the Museum Island, one of the most popular attractions of Berlin, which attracts not only tourists but also art lovers. Not far from the Museum Island is the Berlin Cathedral which stands out for its beauty and size. In the historic Nikolai quarter, you will find the church of St. Nicholas, the oldest church in Berlin, which was built in year 1230. Today it is a museum about the history of the construction of the building as well as a concert hall with unique acoustics.

If you decide to rent an apartment in Mitte, you should definitely visit one of the most famous boulevards in Berlin - Unter den Linden. Along the more than one kilometer long boulevard are many impressive landmarks such as Humboldt University of Berlin, founded in 1809, the Berlin State Opera and the Kronprinzenpalais. At the west end of the boulevard you step through the Brandenburg Gate and located on your right is the German Reichstag, with its walkable glass dome which let’s you enjoy a wonderful view over the city.

Culturally Mitte is has a lot to offer regarding art exhibitions, concerts or Madame Toussauds. After shopping relax in one of the many cafes or restaurants.