Cozy studio apartment in Lindauer Allee, Reinickendorf district. located only four minutes walking distance from the Paracelsus Bad underground station (U-Bahn line U8). The apartment is on the second floor of a three storey house and has 33 square meters with a living room, hallway, bathroom and a French balcony. In the living room you find a kitchenette, a dining table with four chairs, refrigerator, cooking utensils, a large closet, TV and two sofa beds for two people each. In the bathroom there is a washing machine with dryer, bathtub and a large heated towel rail. The apartment can accommodate up to four people and is located near the airport Berlin-Tegel. Within 25 minutes you can reach Zoologischer Garten station by subway or in 18 minutes Alexanderplatz. 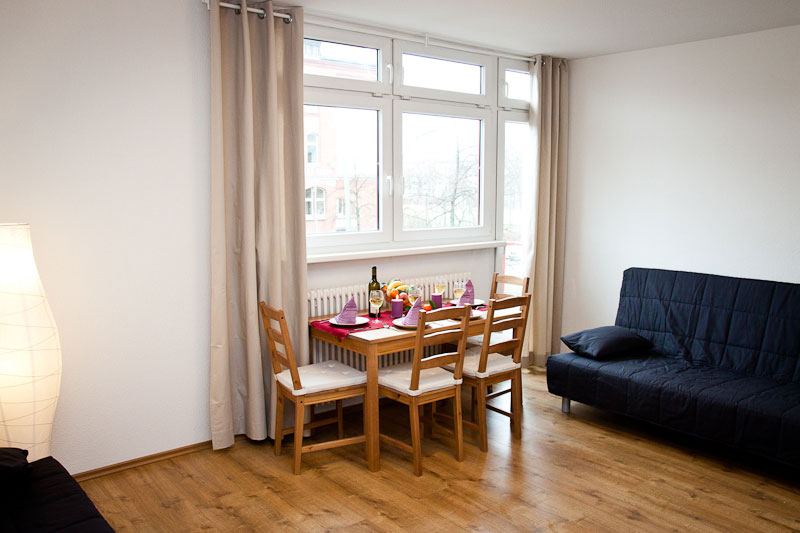 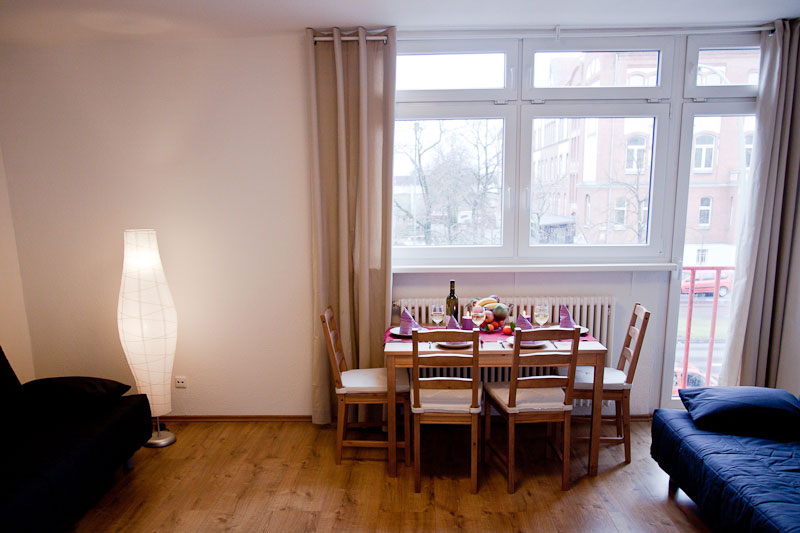 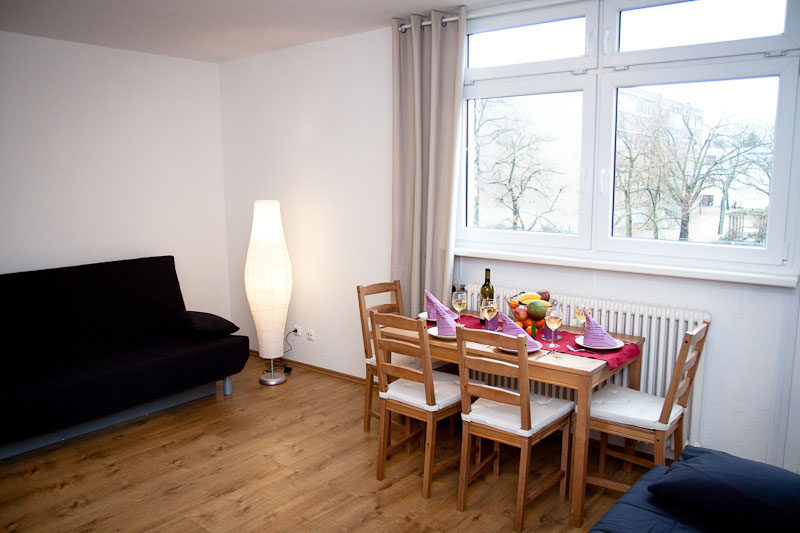 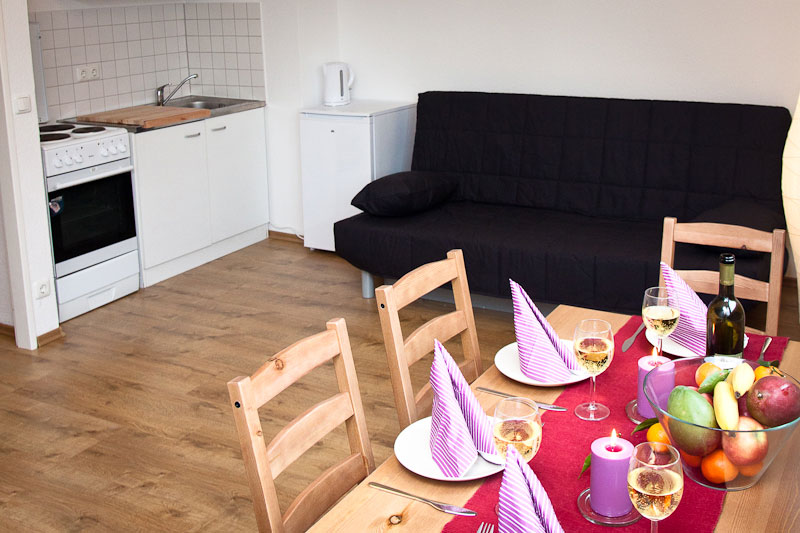 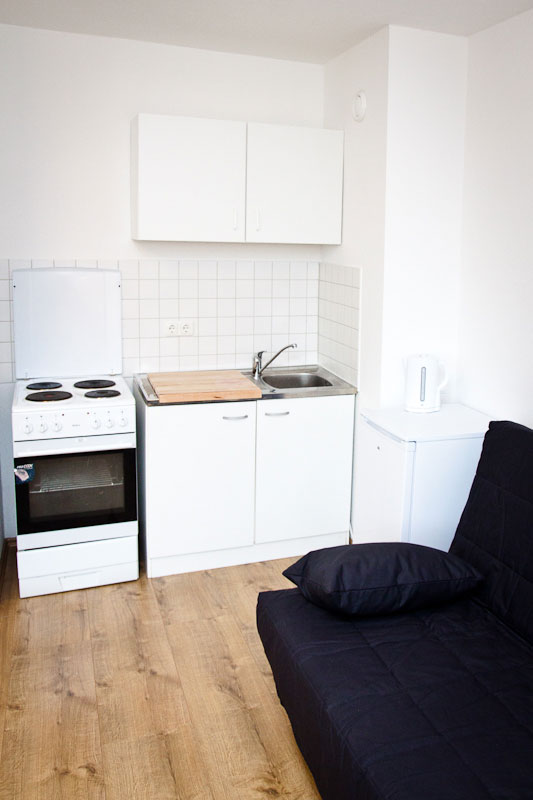 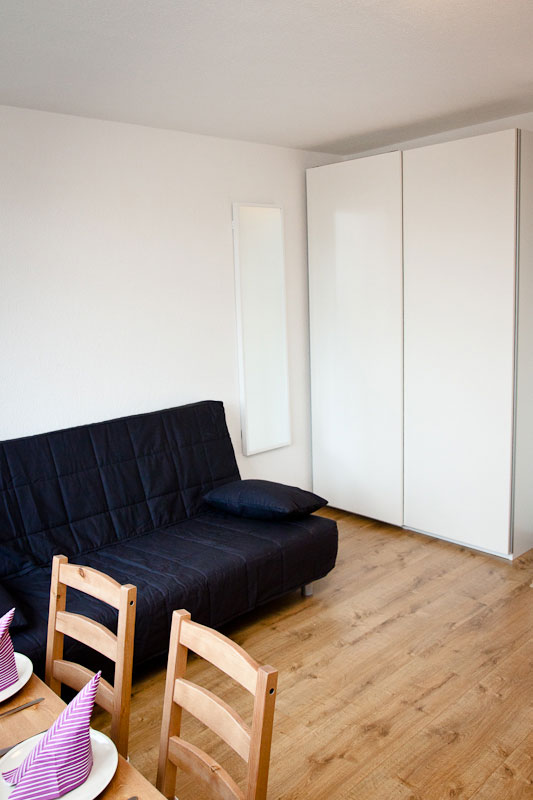 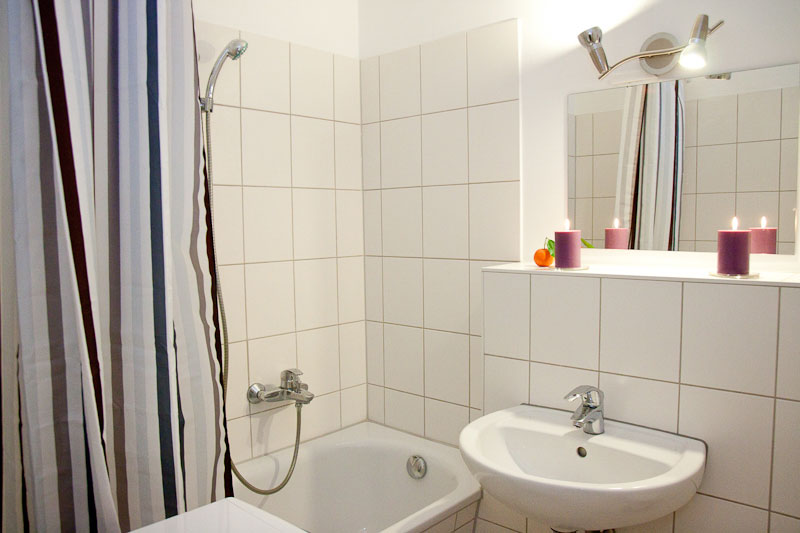 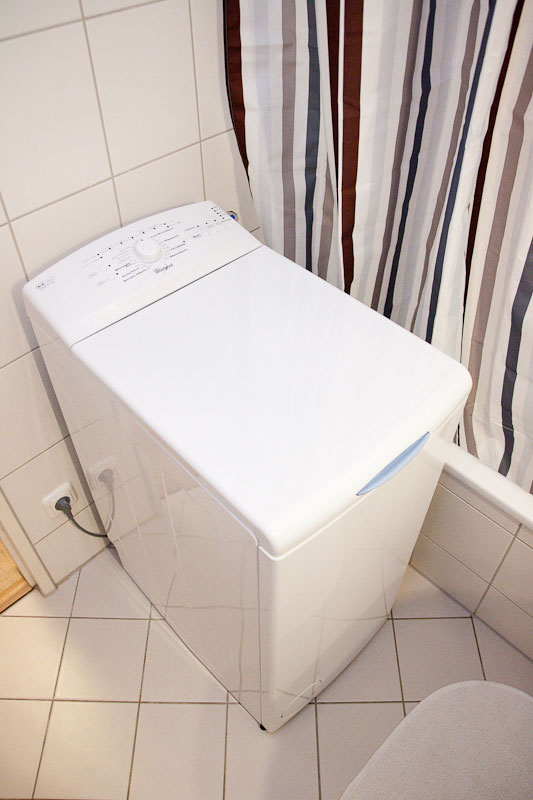 Reinickendorf: the third largest district of Berlin, with a large number of green areas and parks surrounded by forests and numerous lakes. One can find industrial architecture, ultra-modern villas and large residential complexes next to each other.

The district also offers some attractions. Perhaps the best known is the Borzigturm - the first "skyscraper" in Berlin. Located in Tegel is the Orthodox cemetery, which dates back to the late 19th century and has been specially created for people from the then fifty Russian regions, and of course the Tegel Schloss. worth - one of the most remarkable buildings in the area, where the Humboldt brothers once lived. The castle park, where the Humboldts are buried is adjacent to the beautiful lake Tegel. From May to September the castle and the park are open to the public.

The park has playgrounds for children, as well as table tennis for young and old. Or simply relax with a boat trip on Lake Tegel.