Beautiful 2 bedroom apartment in Charlottenburg, in the heart of West Berlin. The apartment is on the second floor of a renovated old building. The apartment offers everything for a pleasant stay in the capital. The living room with kitchen is furnished in Italian style. The kitchen is equipped with all nescessities (large refrigerator, electric stove, oven, cooking utensils and kettle). The bathroom is equipped with a spa shower, heated towel rack and a washing machine. The living room has a large dining table, TV, DVD player and a leather sofa that converts into a sofa bed for two. Here families with children, small groups, business people and students can enjoy their stay in Berlin. Not far from the house is the subway station Bismarckstraße (subway line U2). 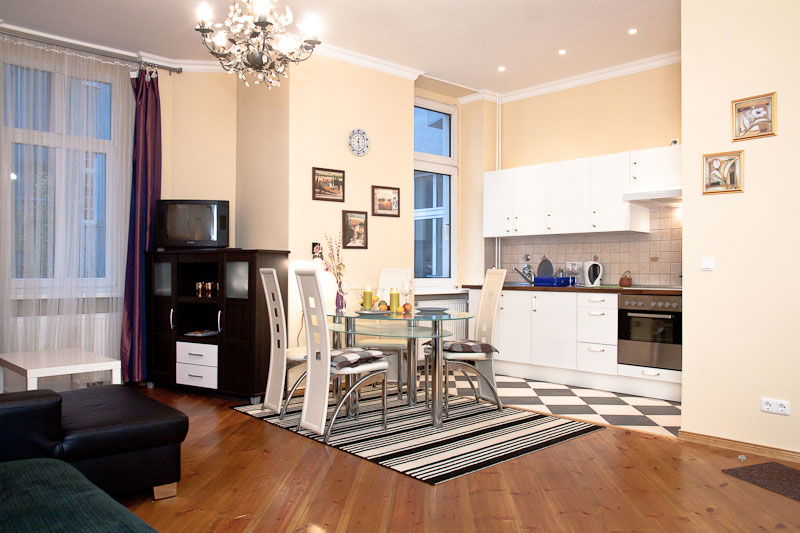 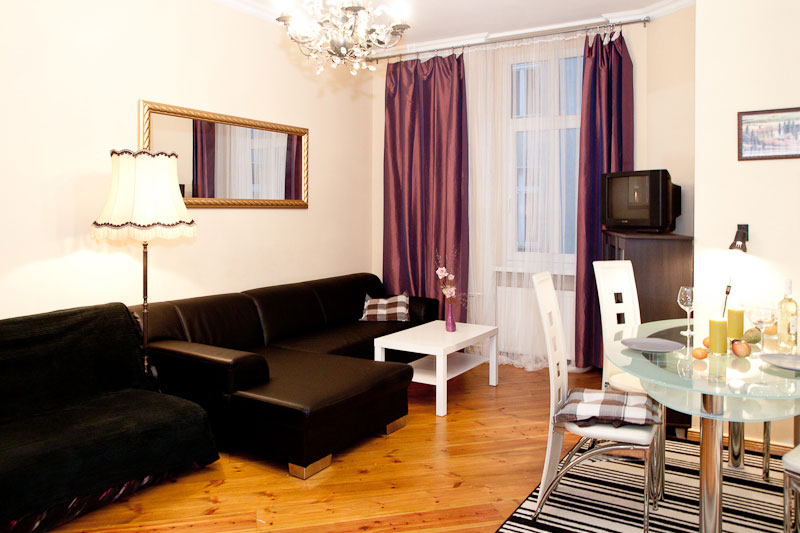 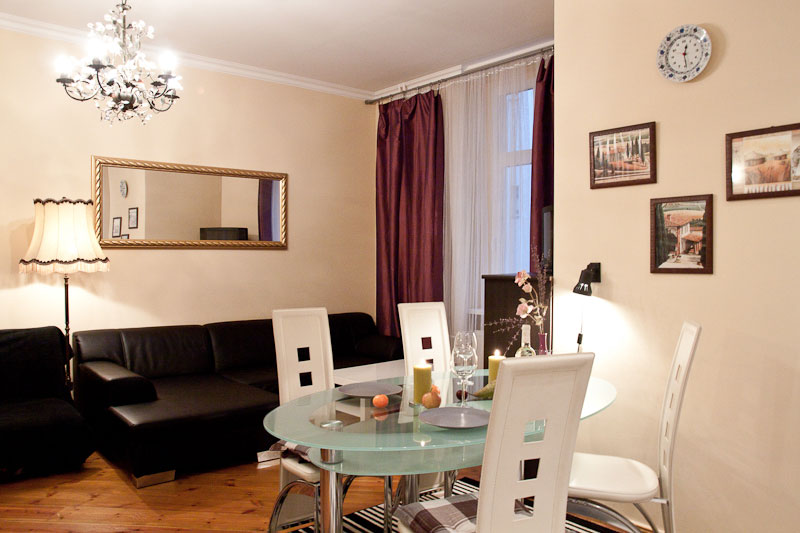 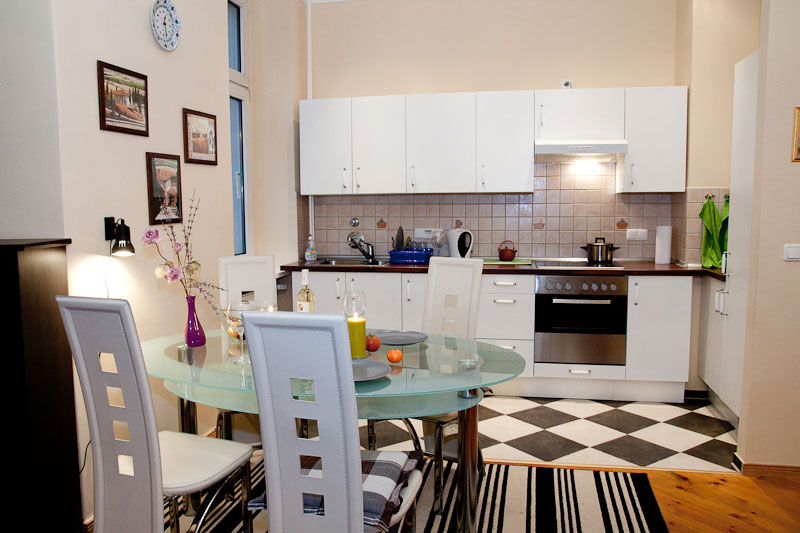 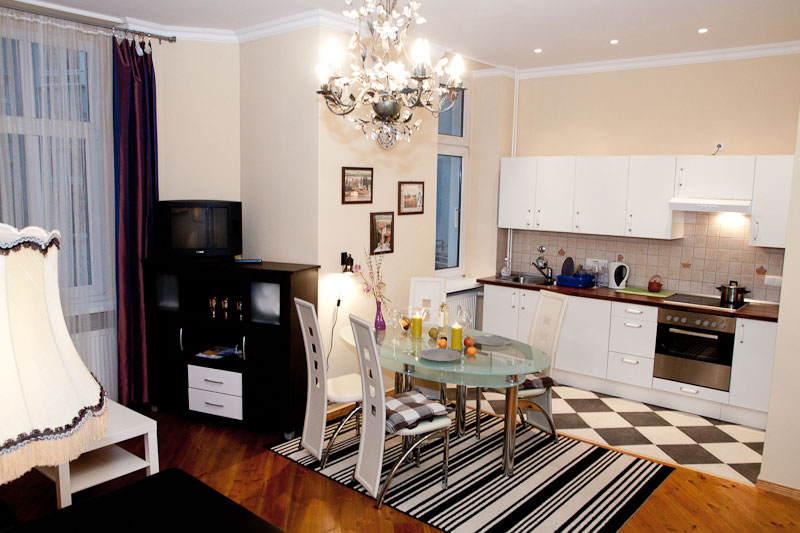 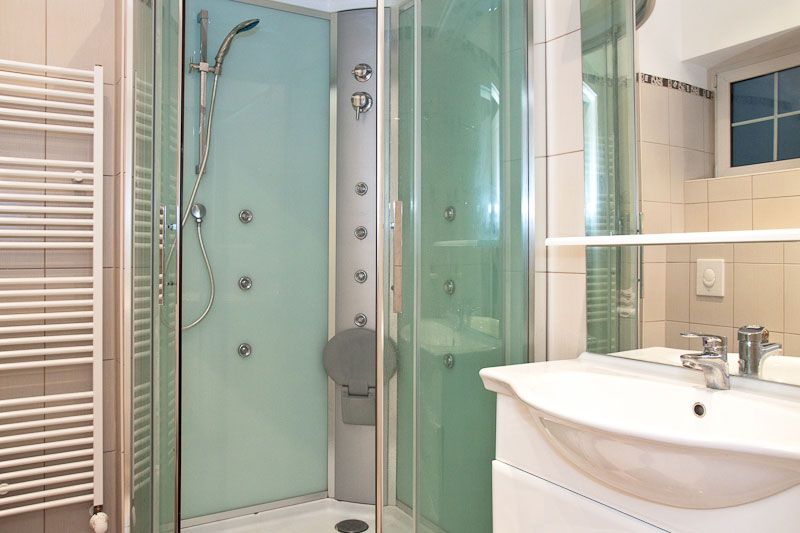