Rent a cozy and quiet one-bedroom apartment with terrace in Charlottenburg. The apartment is on the first floor of a renovated old building. The apartment is fully and stylishly decorated. The kitchen is equipped with everything necessary for cooking and eating. You will find a large refrigerator, electric stove, oven, cooking utensils and kettle. The bedroom has a double bed with 1.80 meters width and a large wardrobe. The bathroom features a spa shower, heated towel rail and a washing machine. From the living room you reach the large terrace where you can have breakfast or a glass of wine to relax in the evening. 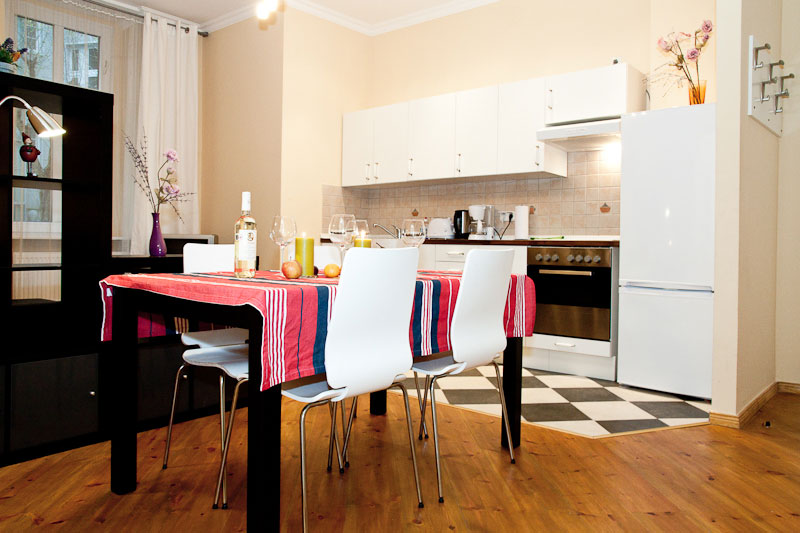 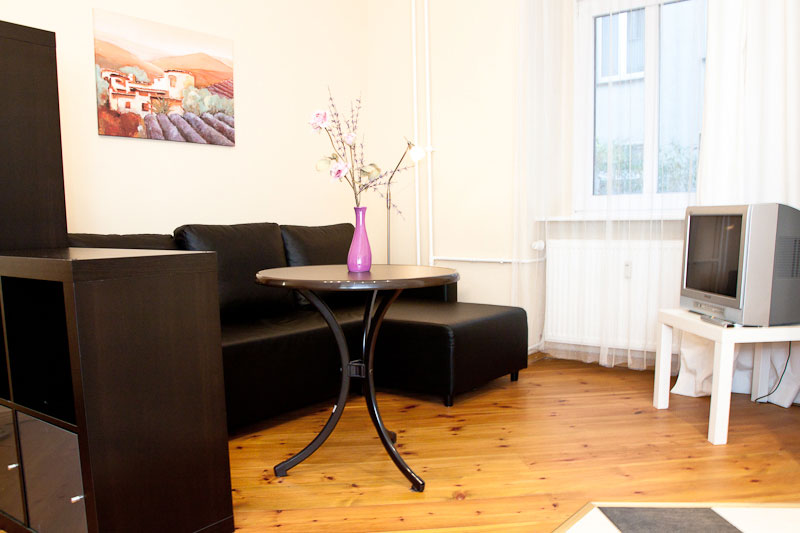 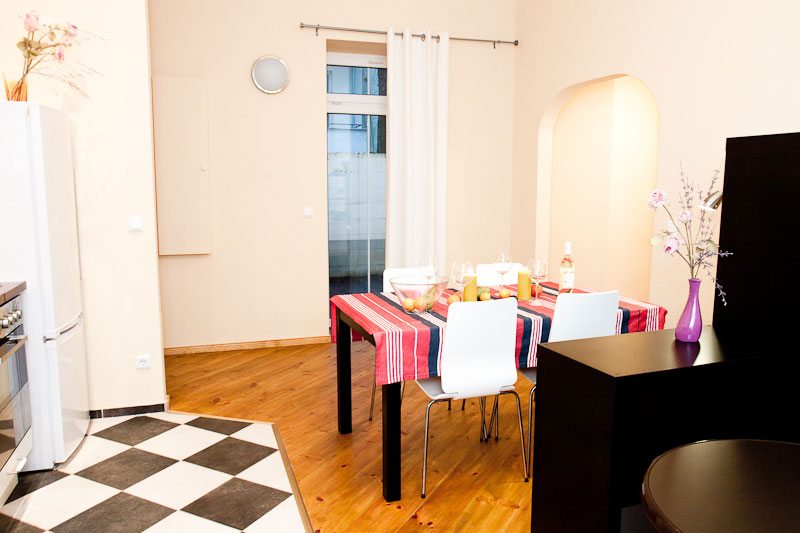 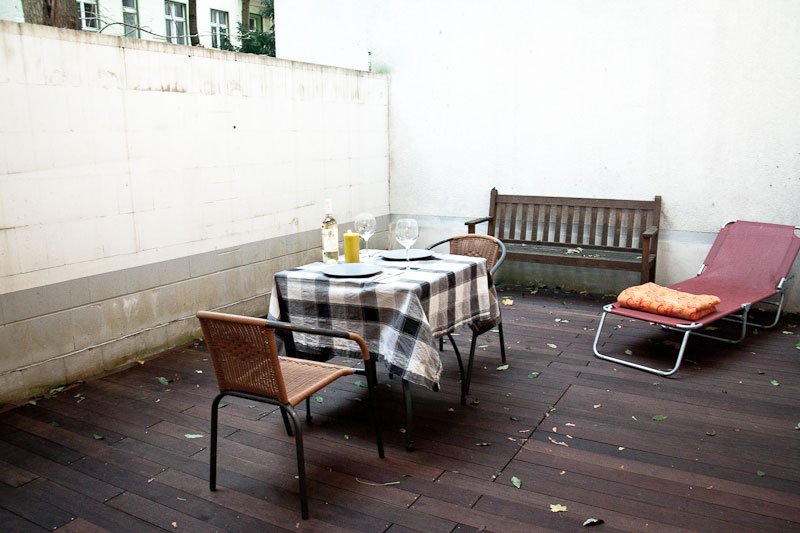 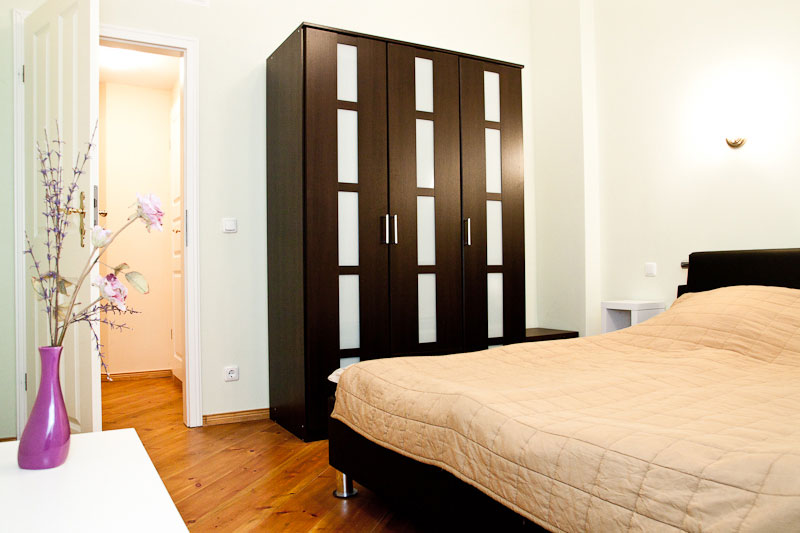 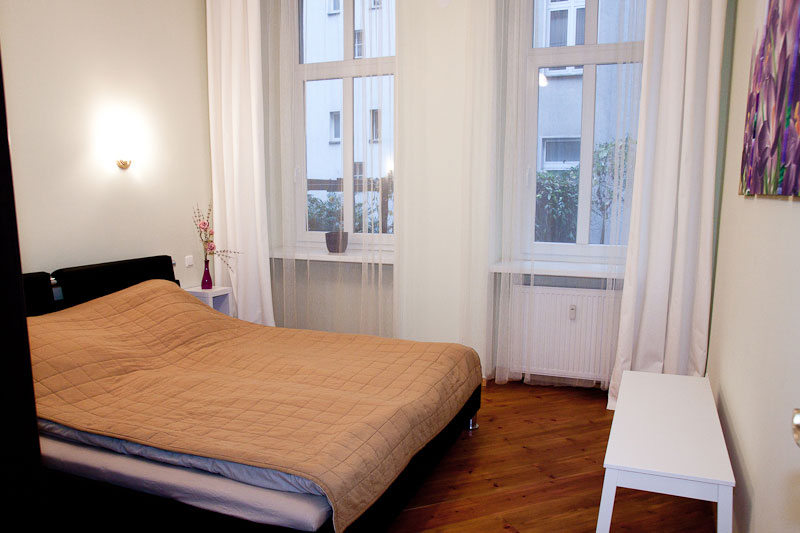 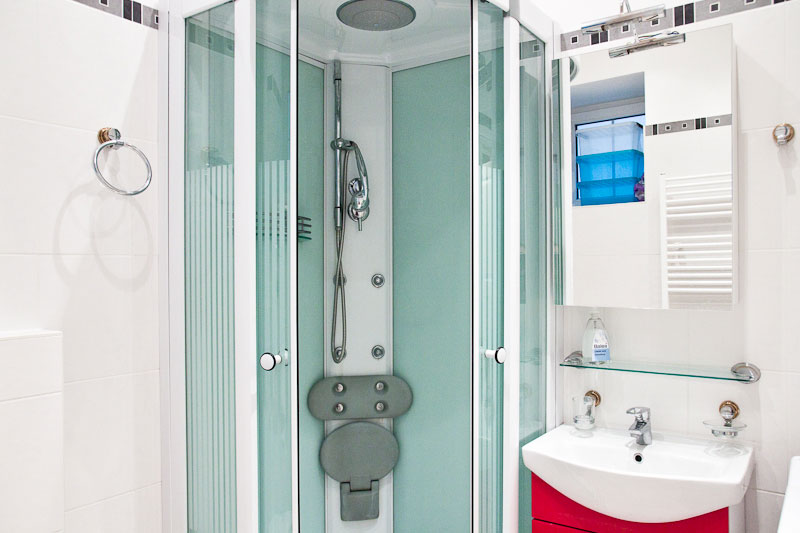 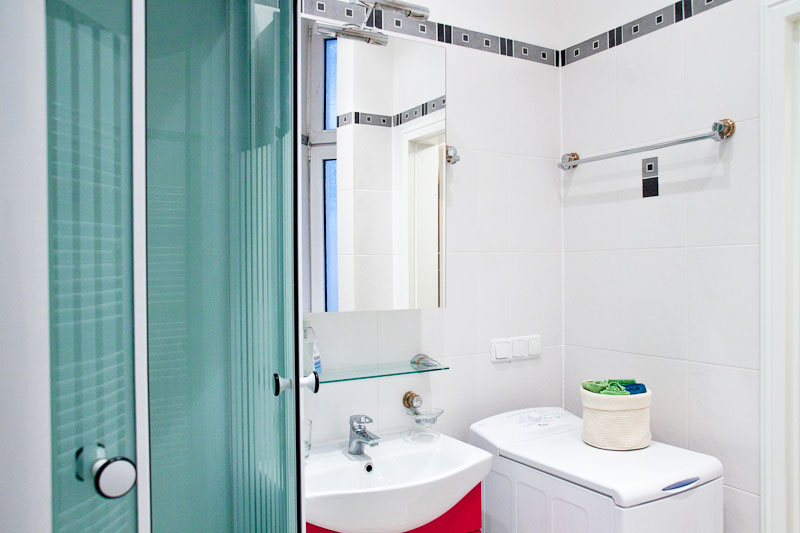